This is Ms. Pon-Barry’s 19th year in education, her 16th year at Kittredge, and her first year as our principal. In her years at Kittredge Ms. Pon-Barry has served as the K/1 teacher, a member of the Kittredge admissions team, as well as a leader of our Habits of Mind and Character Counts programs.

Louise received her BA in Liberal Studies from Santa Clara University, along with minors in Spanish and Art History. She earned her multiple subject teaching credential  and MA in Education from the University of San Francisco.

Along with the acclaimed teachers of Kittredge School, in the best little school in town, Ms. Pon-Barry is proud to continue working with Kittredge kids who will do great things and make their corner of the world a little better as they do. 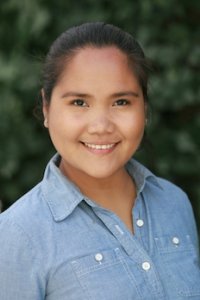 Graziella comes back to Kittredge as our new K/1 teacher. During the last two years, she worked at Chinese American International School as an Associate Teacher and a 5th Grade Lead Teacher while completing her Masters in Education from the University of the Pacific and her credential training from the Bay Area Teacher Training Institute (BATTI).

Previously she worked at Kittredge for 6 years as an assistant teacher in the 2nd/3rd grade, as a study hall and extended care teacher, and as a lead summer school teacher for several summers.

We are so happy to welcome her back to the Kittredge community as our K/1 teacher. 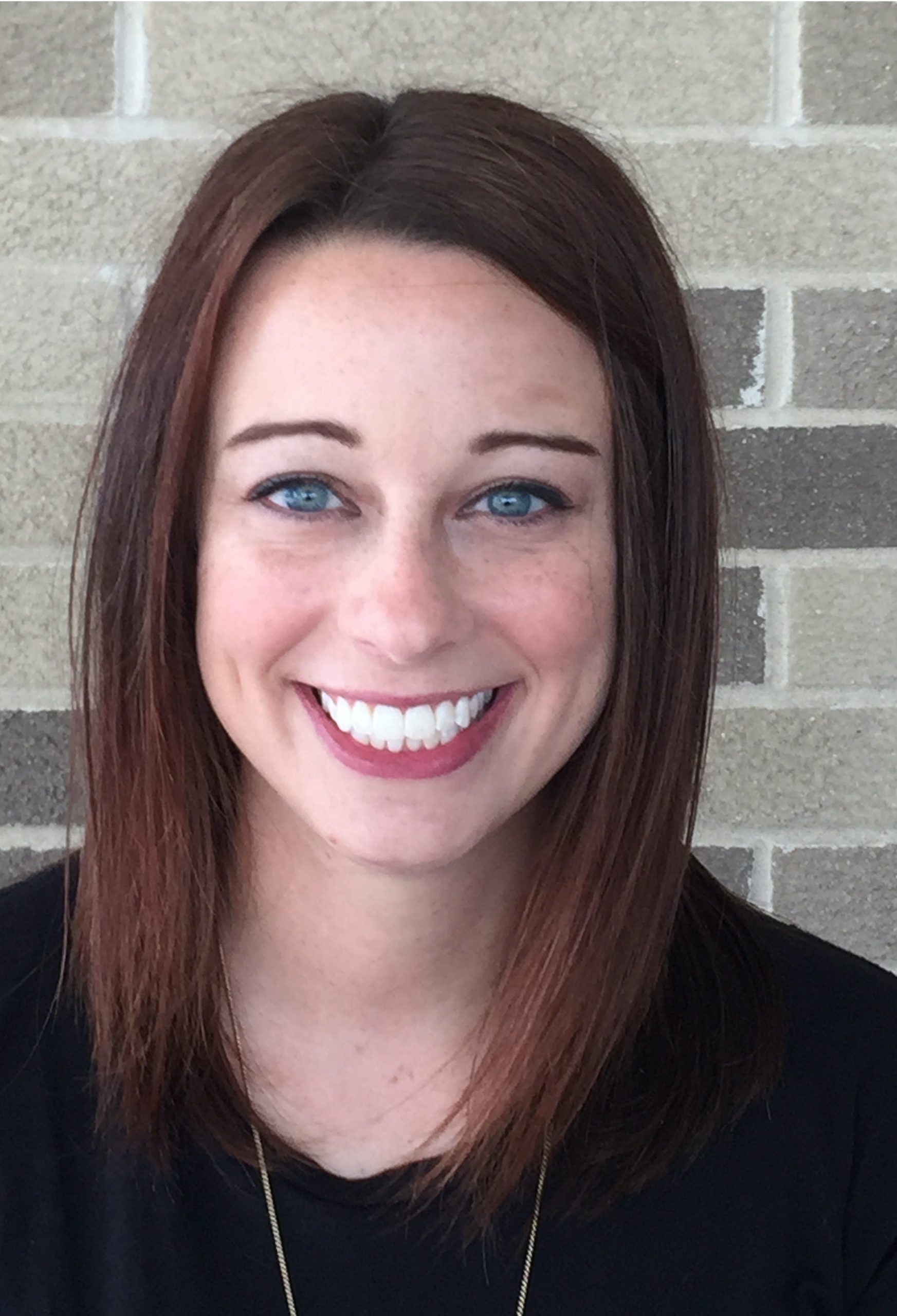 Amanda has held several positions in schools, including teaching various elementary grade levels and being an instructional coach as well as an assistant principal. However, her true passion is teaching!  Amanda joined the Kittredge staff after spending a year teaching in the UK.

Amy is returning to Kittredge after a very long hiatus. In fact, one of her first teaching jobs was as Mr. L’s assistant in the 1st and 2nd grade classroom! Amy earned her teaching credential and Master’s in English from San Francisco State University, and has taught for many years in public and private schools in San Francisco and Marin County. She and her husband, Rob, live in San Anselmo, where they have been raising three boys ages 16, 18 and 20.

Amy is delighted to have returned to Kittredge this school year, and is looking forward to teaching 4th and 5th grades with Katie Bradley. 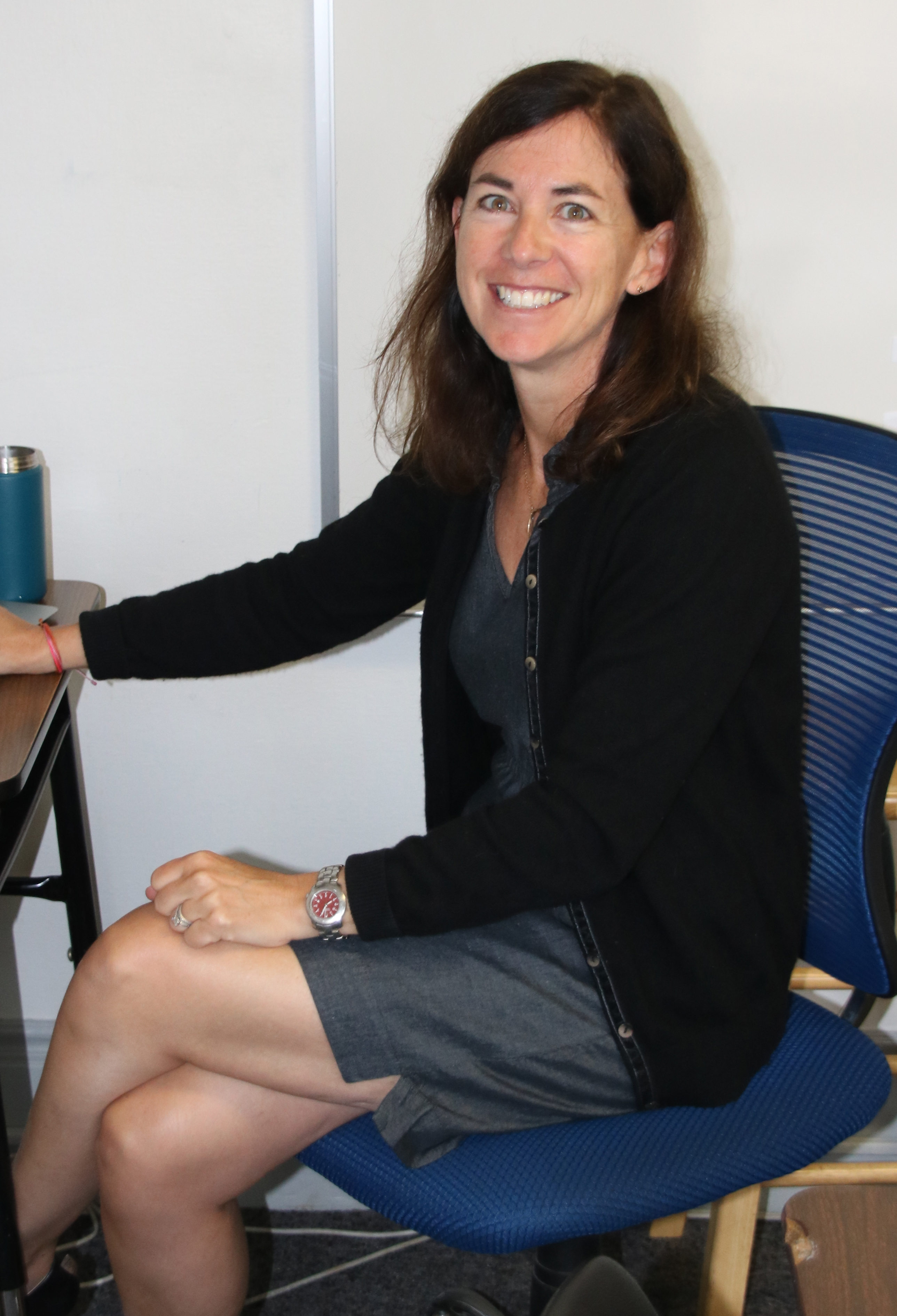 This is Katie’s third year at Kittredge. She received her teaching credential from Mills College and spent 14 years as an educator at the San Carlos Charter Learning Center. She has a BA in Art History from Franklin and Marshall College. Katie firmly believes in the importance of being a life-long learner and has done trainings with Teacher’s College at Columbia University, Responsive Classroom, Slingerland and SF State’s art education department. In her free time Katie can be found exploring San Francisco’s beaches and museums with her husband and two daughters or at home with a good book and their two orange cats. 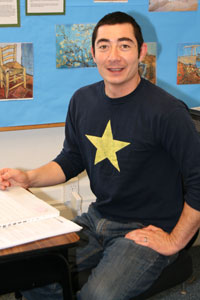 Kevin is now in his 20th year at Kittredge and his 18th year as sixth grade teacher. He received his BA in Anthropology at San Francisco State University, and his teaching credential from the Bay Area Teacher Training Institute (BATTI).

Kevin grew up in Japan, and enjoys bringing his international experiences into the classroom. 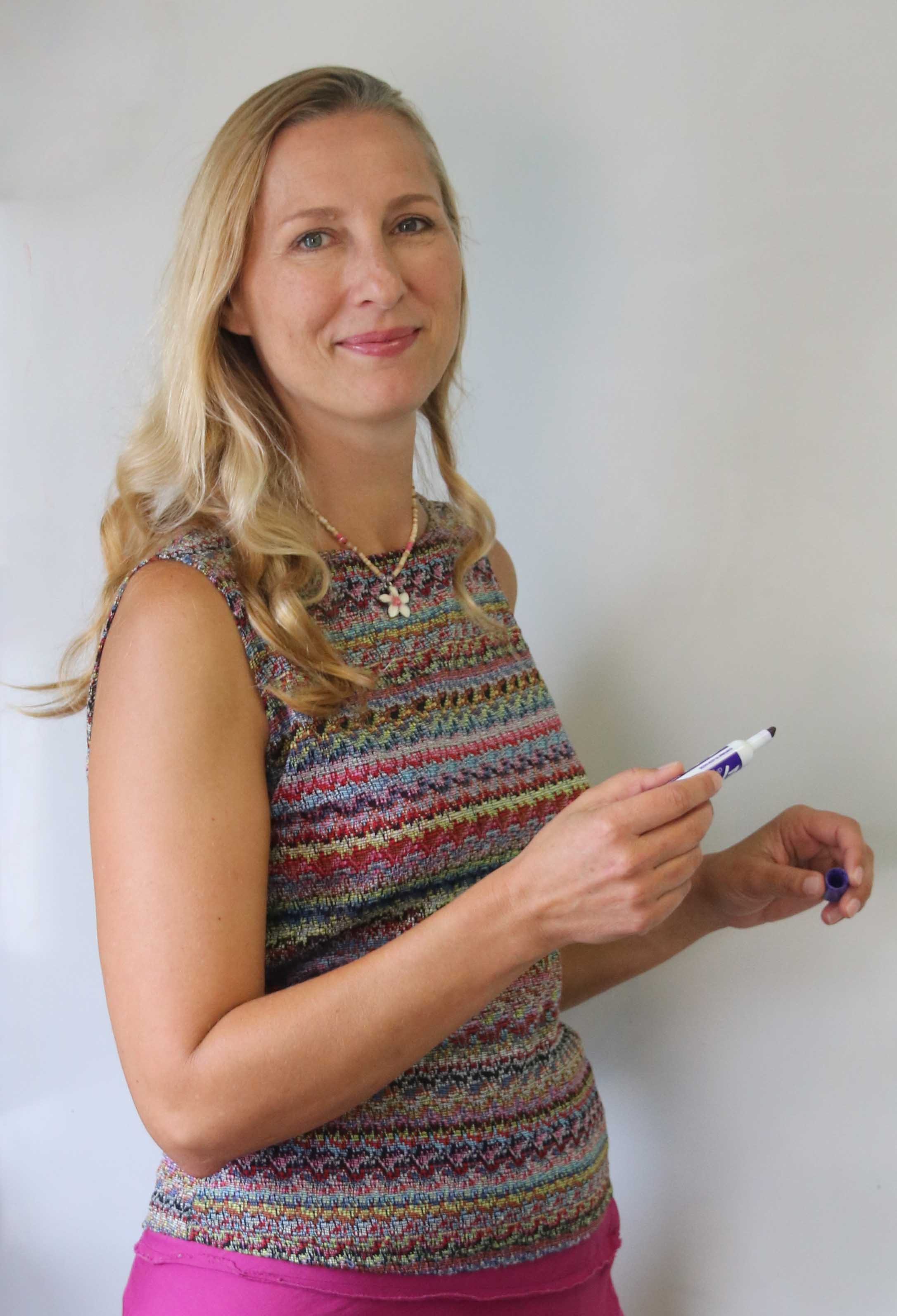 This is Ms. Mara Leonard’s fourth year teaching 7th and 8th grade English at Kittredge School.  Ms. Mara decided to join Kittredge because everyone at the school was so warm and welcoming. Mara comes to Kittredge with a wonderful range of experiences, and her career spans a number of years teaching middle and high school students in a variety of subjects as well as being a high school principal.

Ms. Mara strives to make teaching not only creative, but also flexible and project based. She grew up in Hawaii and earned her Bachelor of Education from the University of Hawaii at Manoa in 1997.  Ms. Mara majored in English and specialized in secondary education. Growing up, she aspired to be a writer and actor, but this changed in her 6thgrade year when her teacher encouraged her to get inspired and be inspiring.  When she is not inspiring students in the classroom, she likes to spend her time drawing, reading and going to the beach. 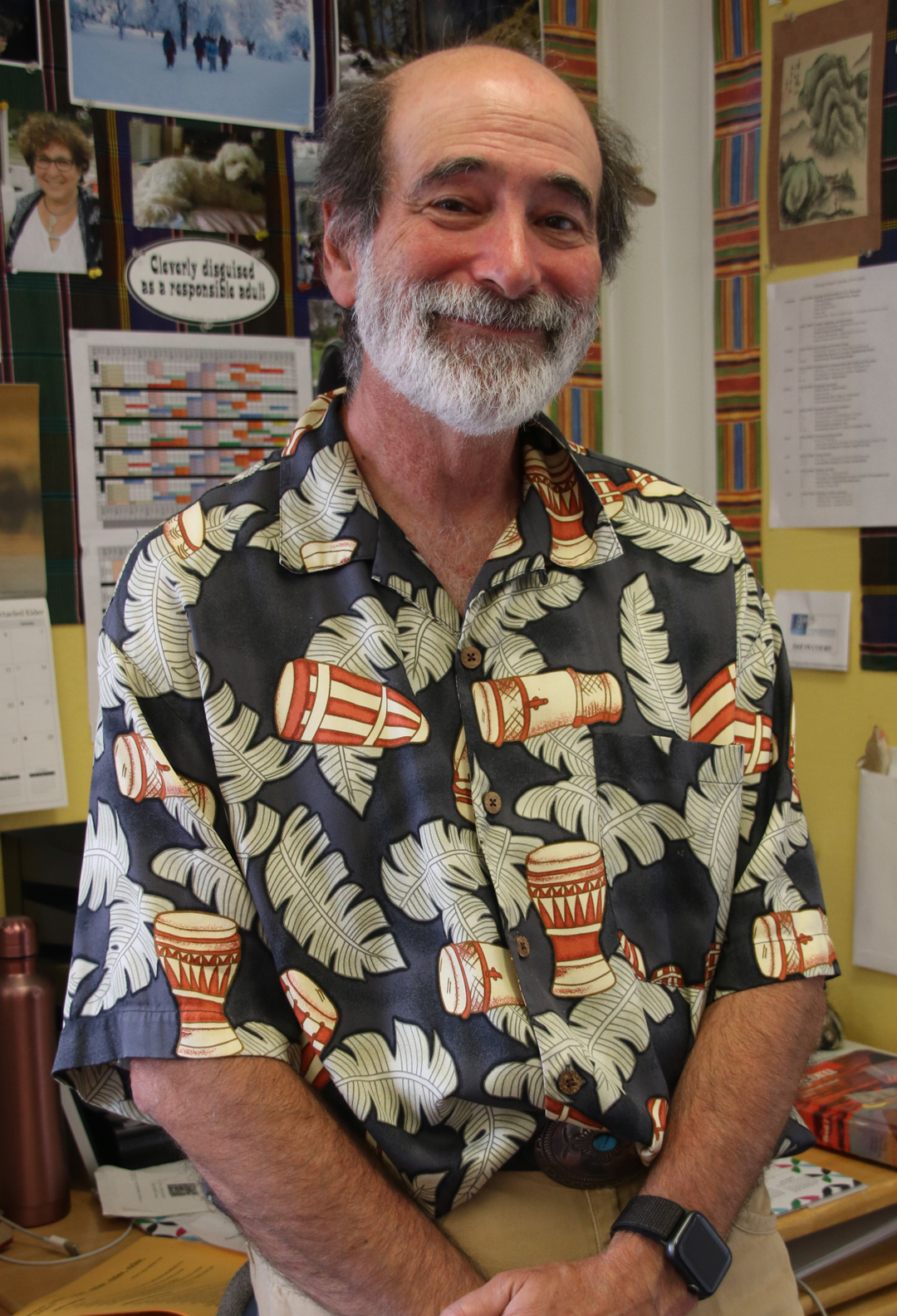 Mr. Terry Young, winner of a 2004 Herbst Foundation Award for Teaching Excellence, has been teaching seventh and eighth graders at Kittredge for some time now, this being his 43rd year at Kittredge! He is the 8th grade homeroom teacher and teaches math and social studies to both the 7th and 8th grades. A native of Philadelphia, he received both his BS in Secondary Education and his teaching credential at Temple University, and his MA in Secondary and Post-secondary Education at San Francisco State University.

While Mr. Young enjoys exploring the mathematical world with his students, his real passion is introducing them to the world of politics and government through daily discussions of current world events.

Mr. Young sits on the Board of Directors of the National Independent Private Schools Association (NIPSA), where he currently serves as Western Region Vice President for Accreditation. He is also Kittredge School’s representative to the Bay Area Independent Schools High School Placement Counselors organization, which he helps coordinate. His record of getting students into San Francisco’s best high schools speaks for itself. 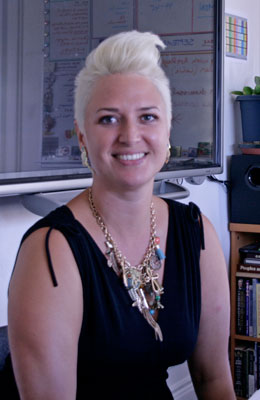 This is Ms. Rose’s 18th exciting year at Kittredge, and her thirteenth year as the upper grades’ science teacher.

D’aria Rose is from the Pacific Northwest. She earned her BA from Evergreen State College in Cultural Anthropology and Marine Biology. Miss Rose has traveled extensively, studied abroad, and moved to San Francisco from Berlin, Germany.

Miss Rose has taught marine biology to adults and children of all ages, worked as an educator on a marine research boat, and opened a costume shop in Berlin with her sisters. She is a dancer, artist and performer, and loves languages and nature. 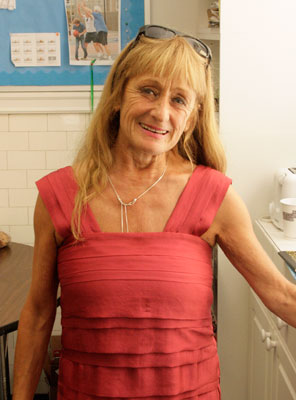 Lourdes is the co-founder of Globalanguages.Inc. Her experience in learning languages and training students spans over 30 years. She is fluent in Basque, Spanish, French and English. She has taught and directed language programs in the Basque Country, France and in the Bay Area. This is her 9th year teaching Spanish at Kittredge.

Lourdes completed her Bachelor degree in Education in Paris. After finishing her undergraduate studies, Lourdes came to America touring with the Ballet Company, Etorky, and decided to stay in San Francisco. This city is her third home. She spent the next years studying and practicing ballet with Mr. Alonzo King. Meanwhile, she obtained her Master’s degree in Comparative Literature with concentration in Spanish from the San Francisco State University.

Lourdes continues learning about American Multiculturalism and teaching the languages and cultures of Spanish and French speaking countries. 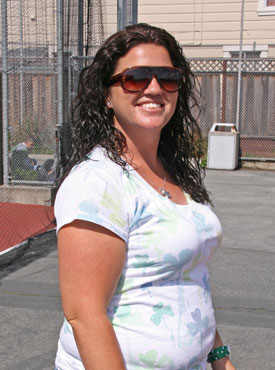 Giuliana Silvestri (aka Gules) is a graduate of Dominican University in San Rafael, where she majored in International Management and minored in Sports Management. She earned her teaching credential there as well.

Giuliana runs the PE program, coaches our co-ed volleyball team, boys basketball team and co-ed futsal team, and has supervised the extended day program. As if that wasn’t enough to keep her busy, Ms. Gules also teaches art classes for the upper grades. 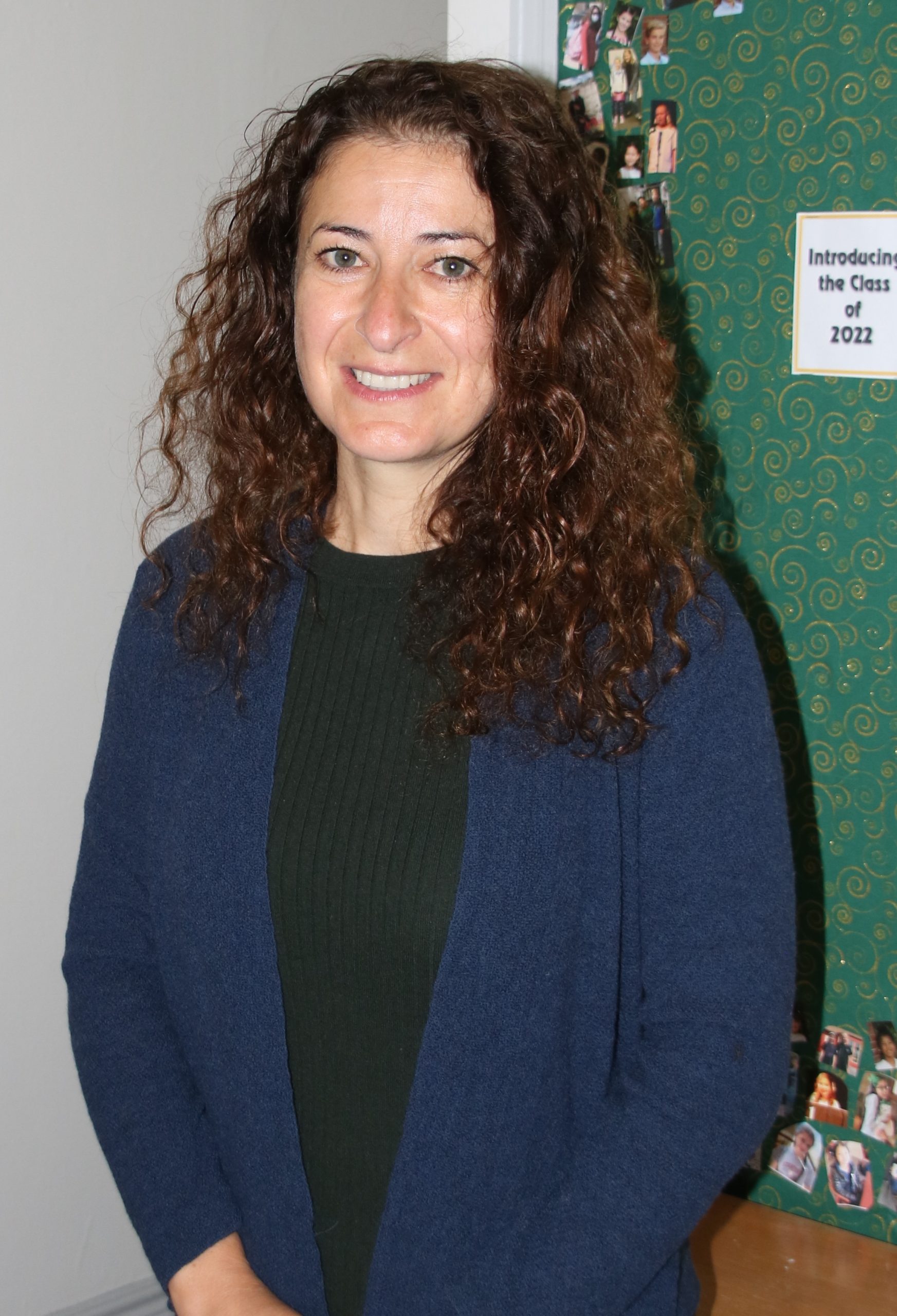 Yana joins Kittridege after several years teaching kindergarten through 8th-grade math at the Russian School of Mathematics. She holds a BS in Computer Science from UC Davis and spent 20 years working in the high-tech industry before becoming a full-time educator.  Her passion for teaching and working with kids is evidenced in a history that includes teaching martial arts, stop-motion animation, yoga, and coding classes.  When not teaching math, she enjoys spending time with her family, camping, backpacking, and traveling the world (when possible!). 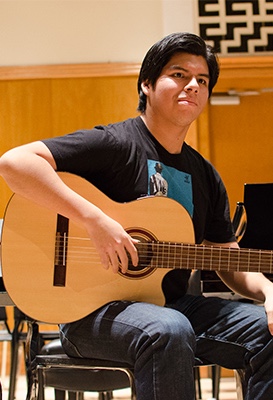 Gianfranco Baltazar (guitarist and composer), was born in Lima, Peru and at age six moved to San Francisco. He studied guitar and chamber music with Scott Cmiel at both the Ruth Asawa San Francisco School of the Arts and the San Francisco Conservatory of Music pre-college and studied composition at the John Adams Young Composers Program with Director Matthew Cmiel and Chicago Symphony Composer-in-Residence Samuel Adams. The San Francisco Ballet School featured one of his compositions on their 2016 Showcase Concert and in the From the Top NPR show in San Jose.

Gianfranco supplemented his study of classical guitar with research and performances of traditional Peruvian music, bossa nova, tango and flamenco. He has studied four years with David Tanenbaum at the San Francisco Conservatory of Music, as well as taking master classes with Sergio Assad, Manuel Barrueco, William Kanengiser, David Leisner and Su Meng. 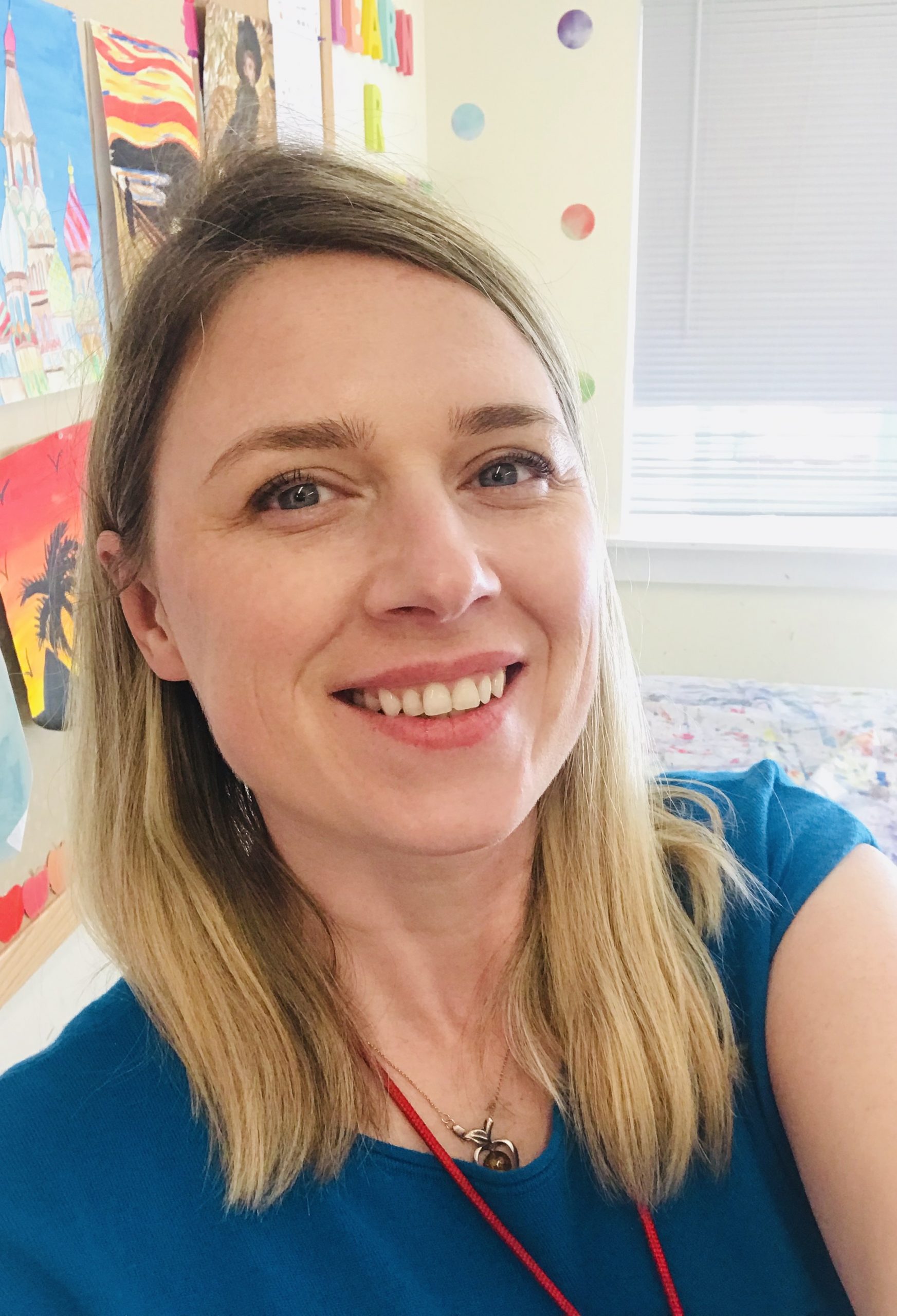 Mrs. Olga Kleytman brings significant teaching experience and a passion for Art Education to her role as Art Teacher. Olga has been teaching art since 2011. Her warm personality contributes to her positive classroom environment. Olga holds a BA and an MA in Education and her teaching certification from Ukraine.

Olga is a versatile artist; she’s fluent in painting, drawing, and printmaking.

Some of her work can be viewed here: http://www.olgakleytman.com. 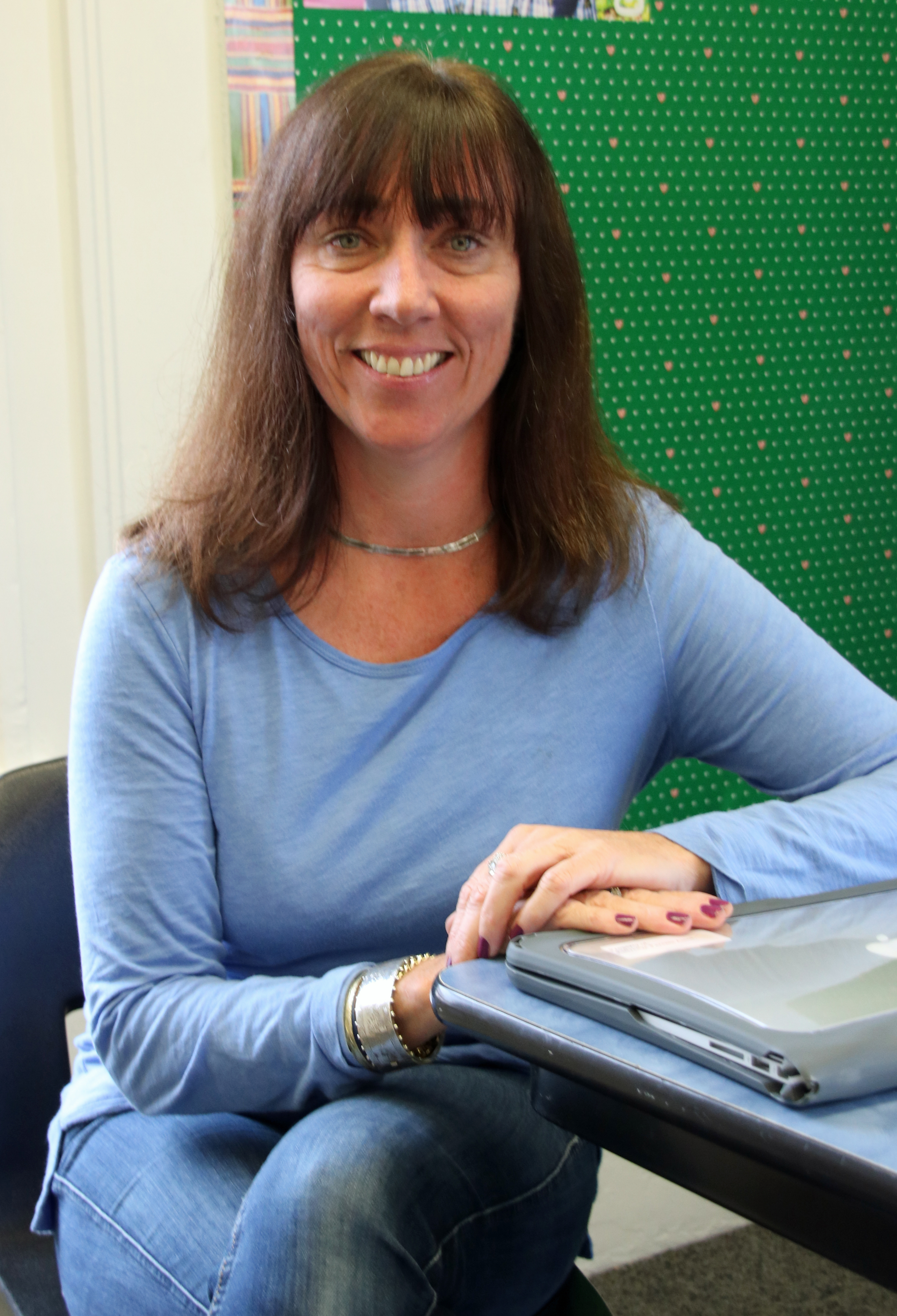 Sian was born and raised in London, England.  She has been at Kittredge School for the last 17 years as a parent of two graduates, Jack and Rhianna.  She has worked in the Extended Day program since 2011, and serves as an assistant teacher in the kindergarten/first grade classroom. 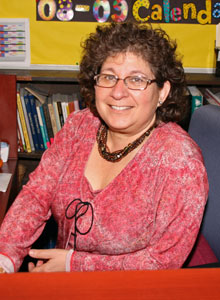 Trudy is a graduate of the University of San Francisco, where she also worked for 10 years, most recently as Assistant Director of Annual Giving.

In addition to supervising the school’s business office for the last twenty years, she is in her 24th year as Administrative Assistant to the Principal. Her degree in Human Resources and Organizational Behavior serves her well in her multi-faceted position. 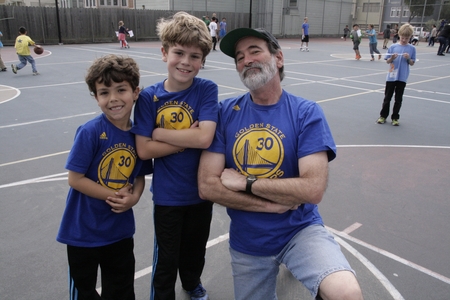 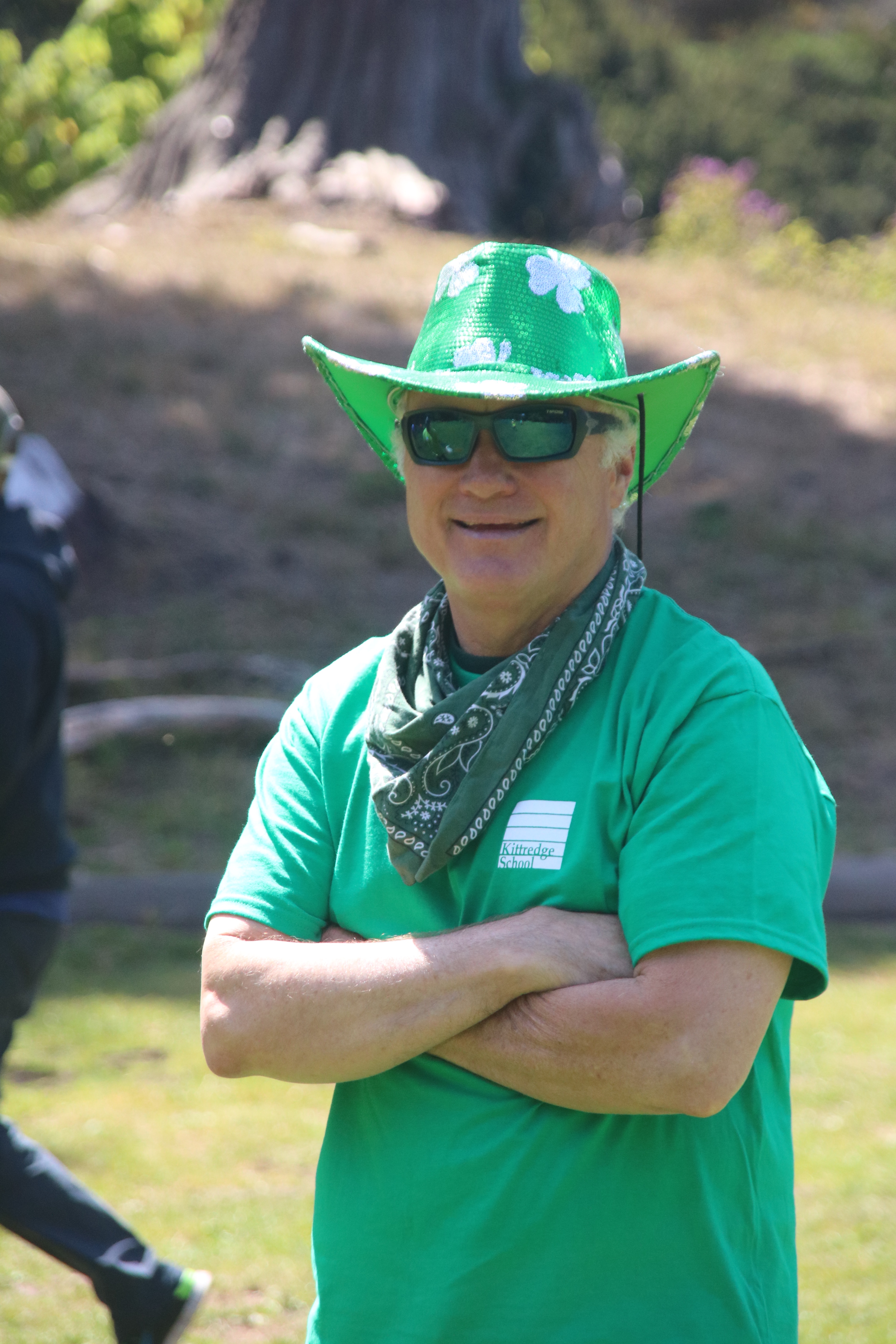 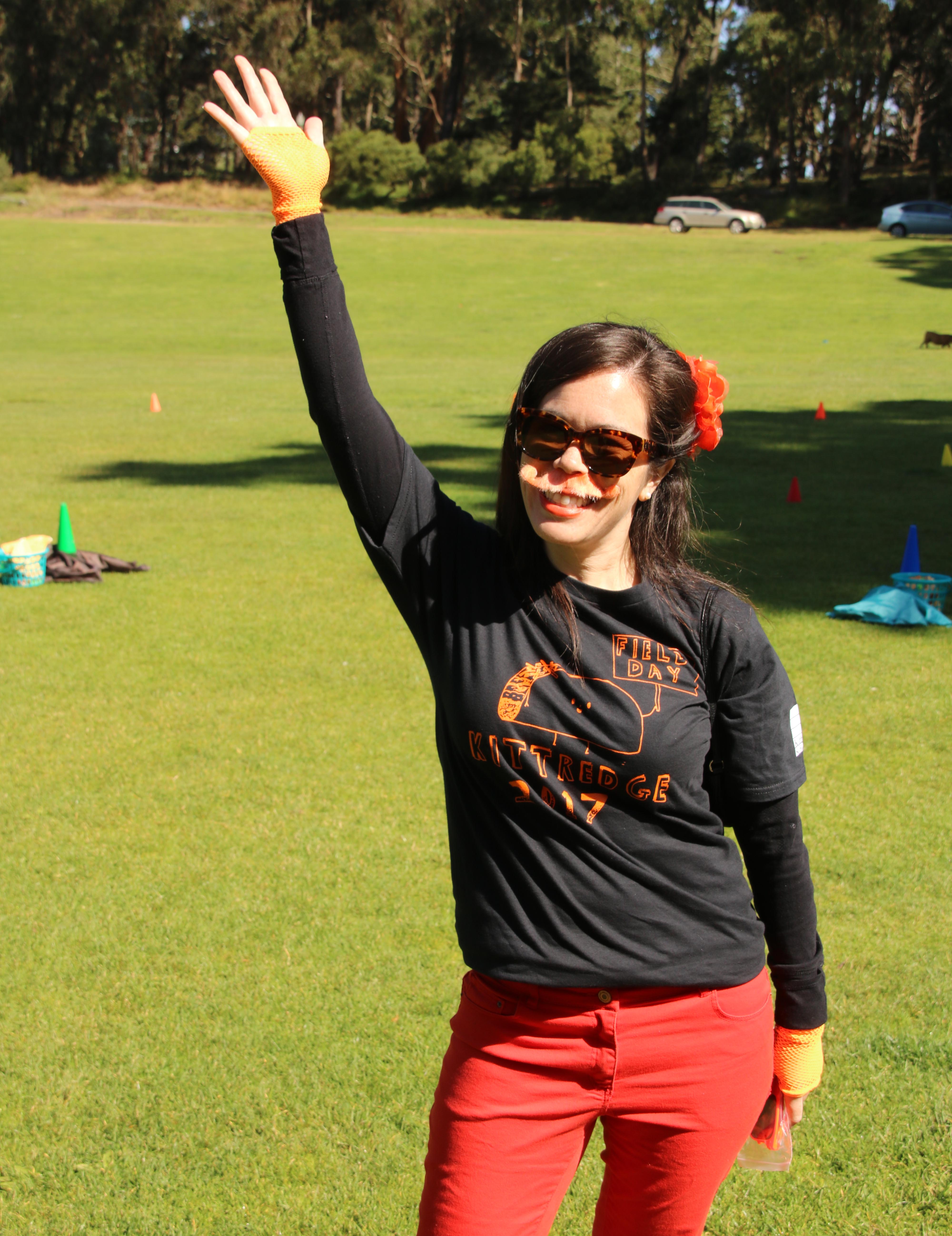 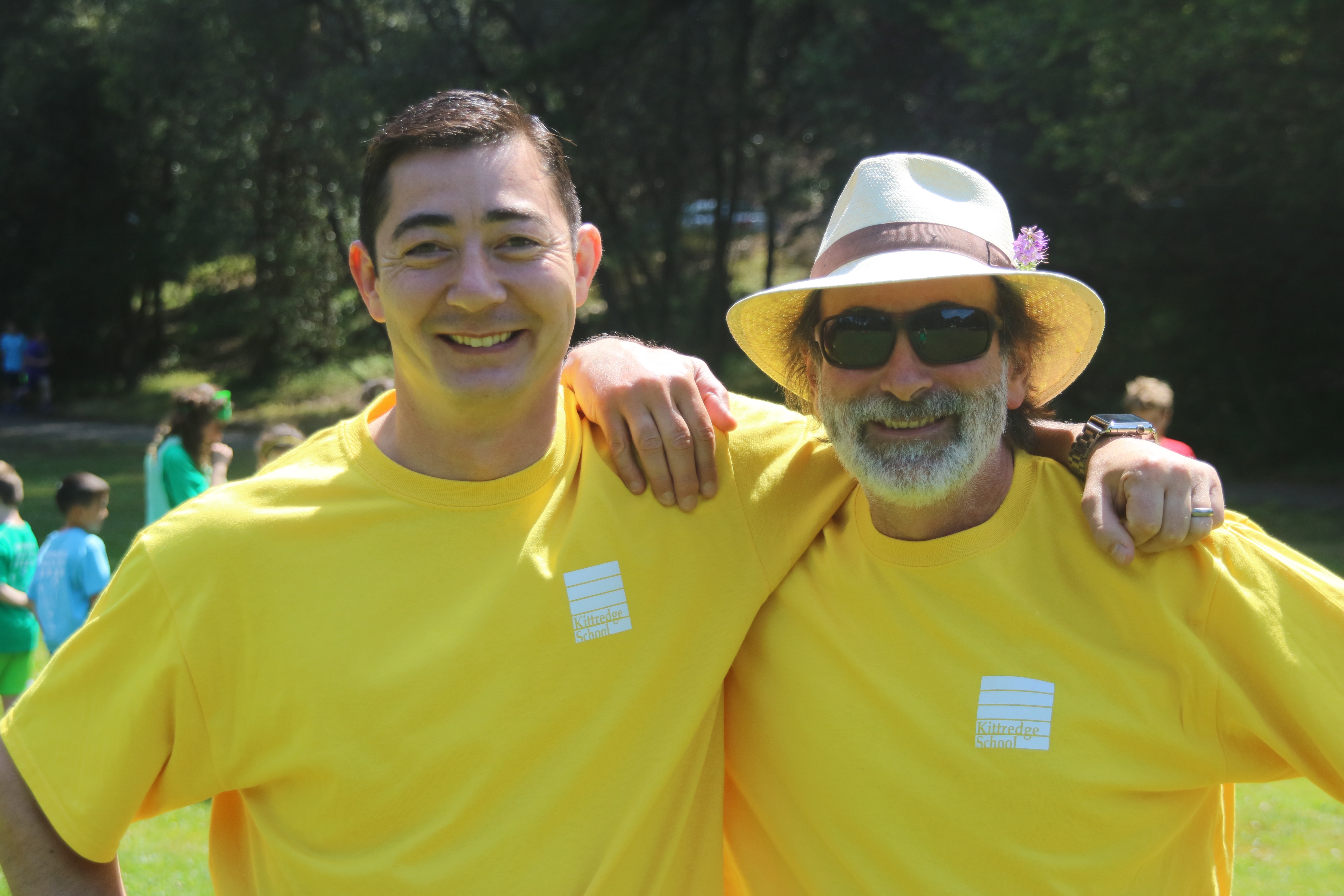 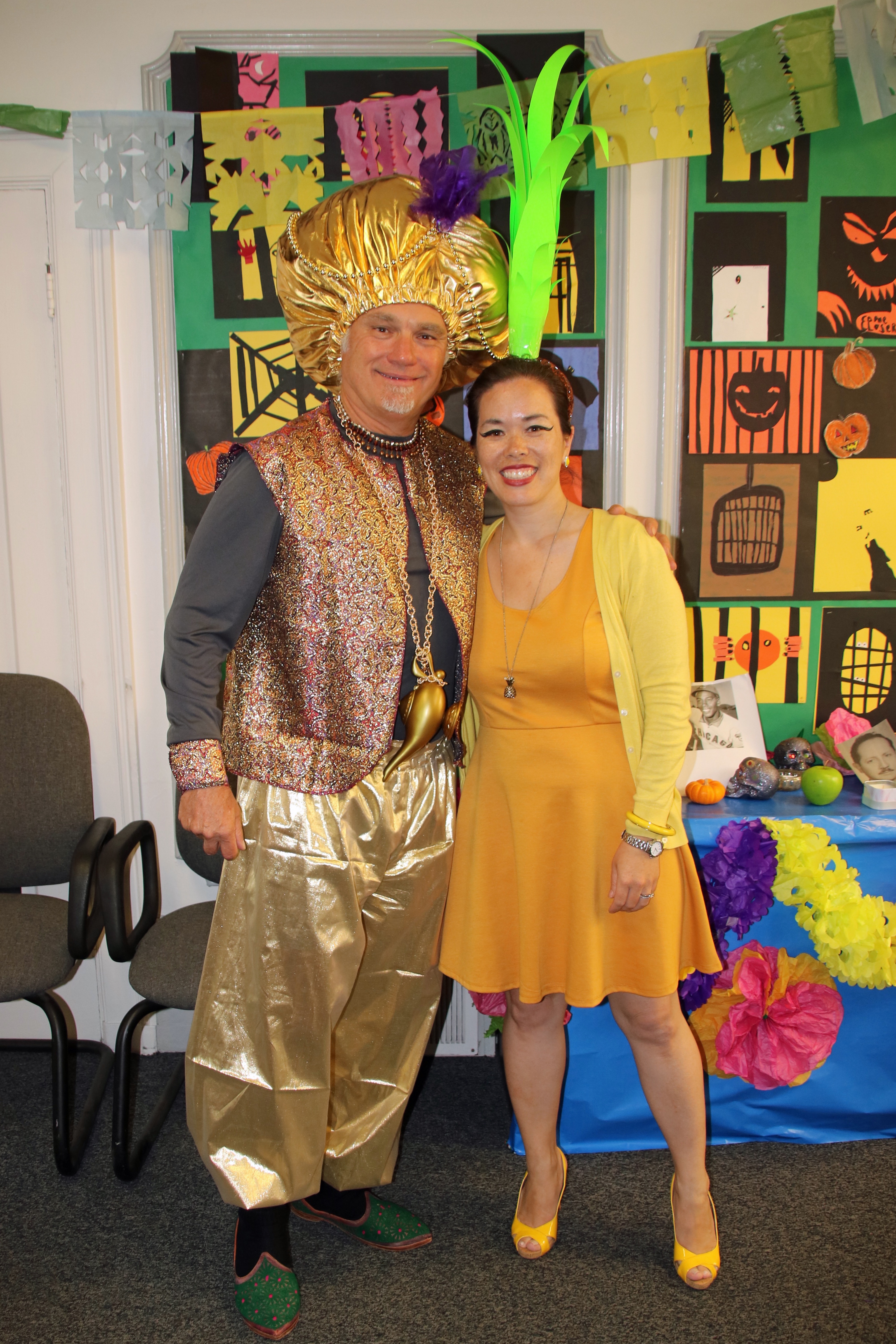 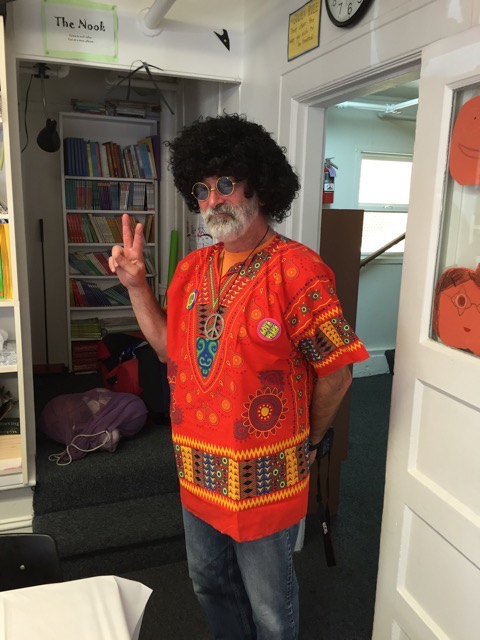 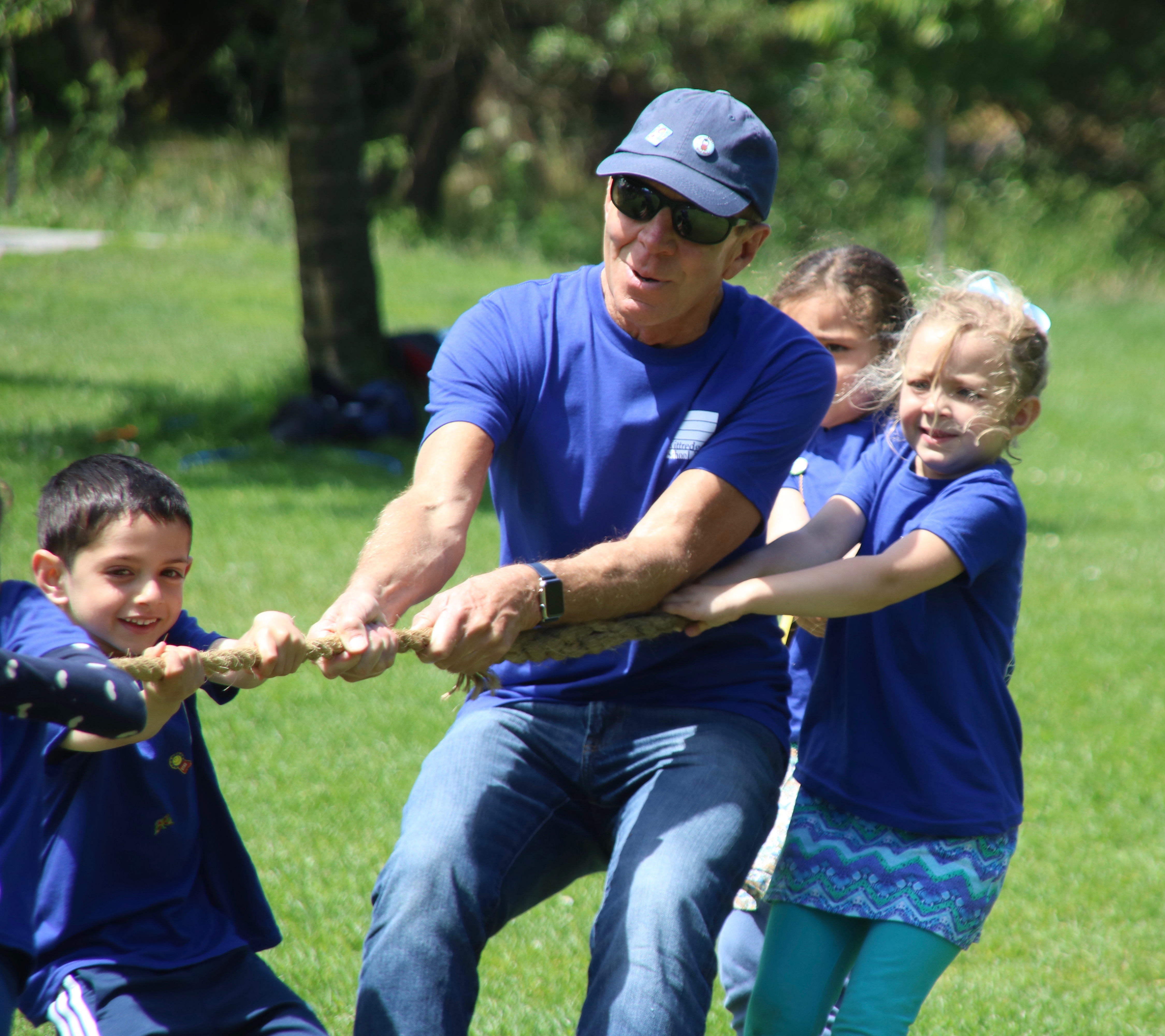 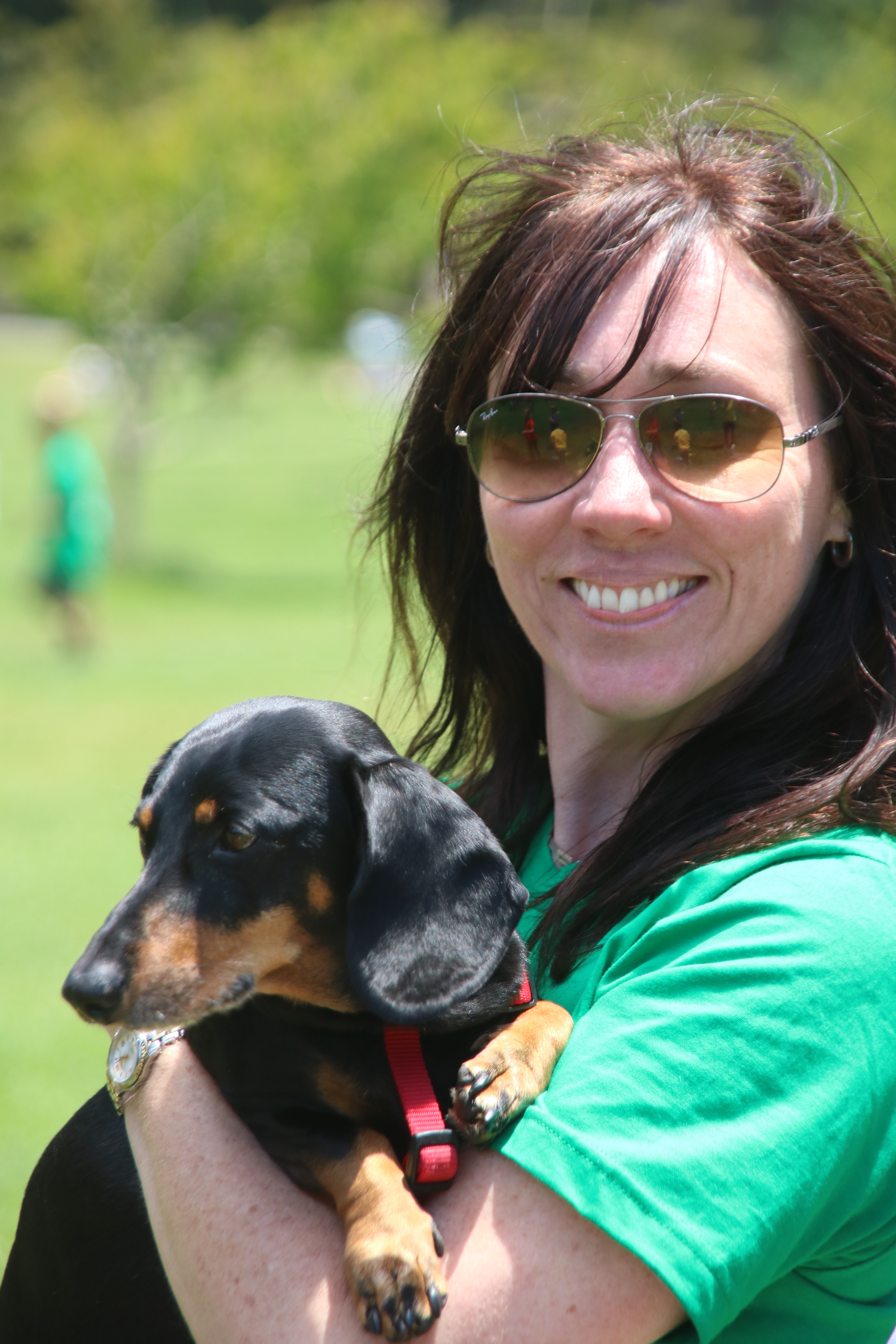 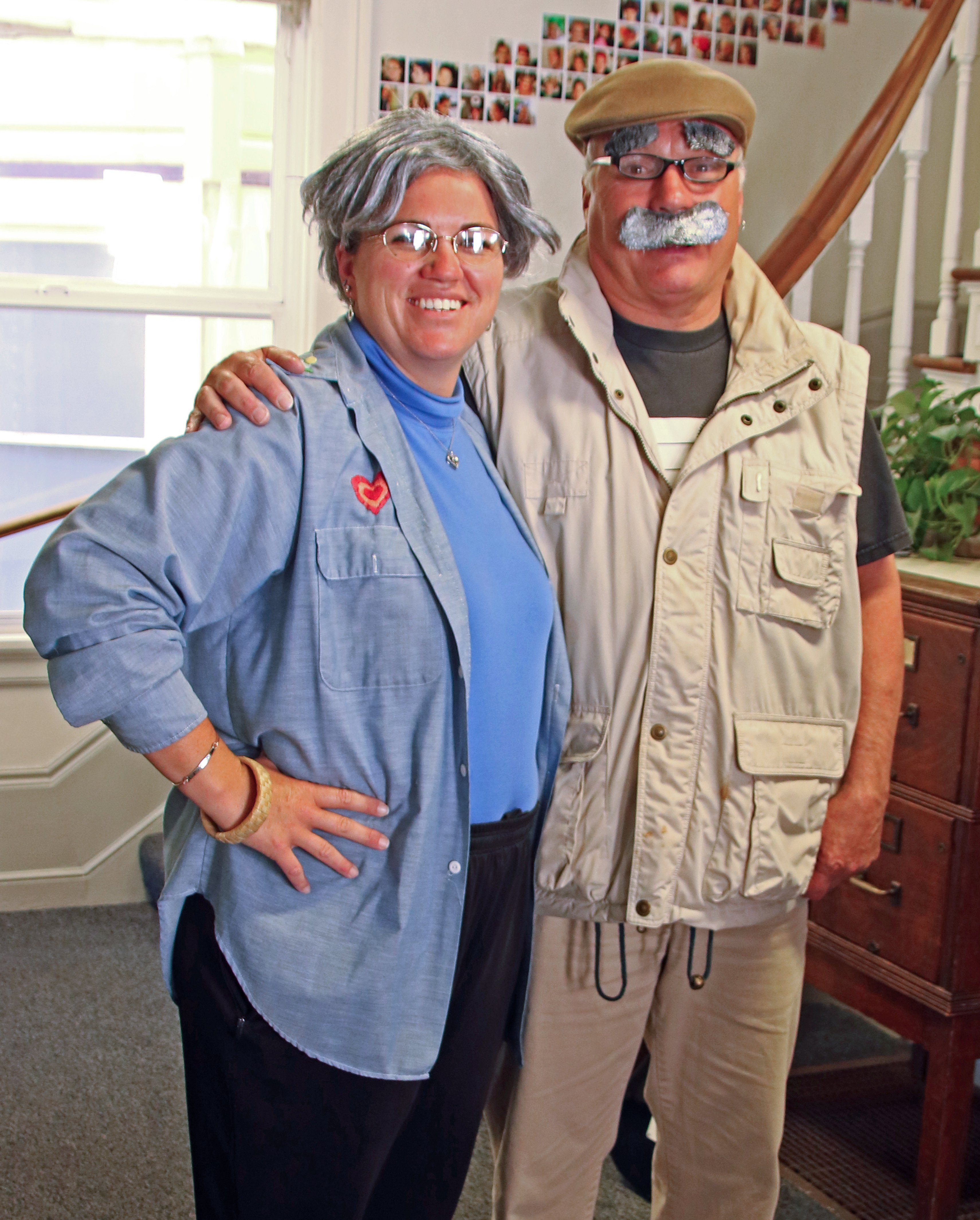 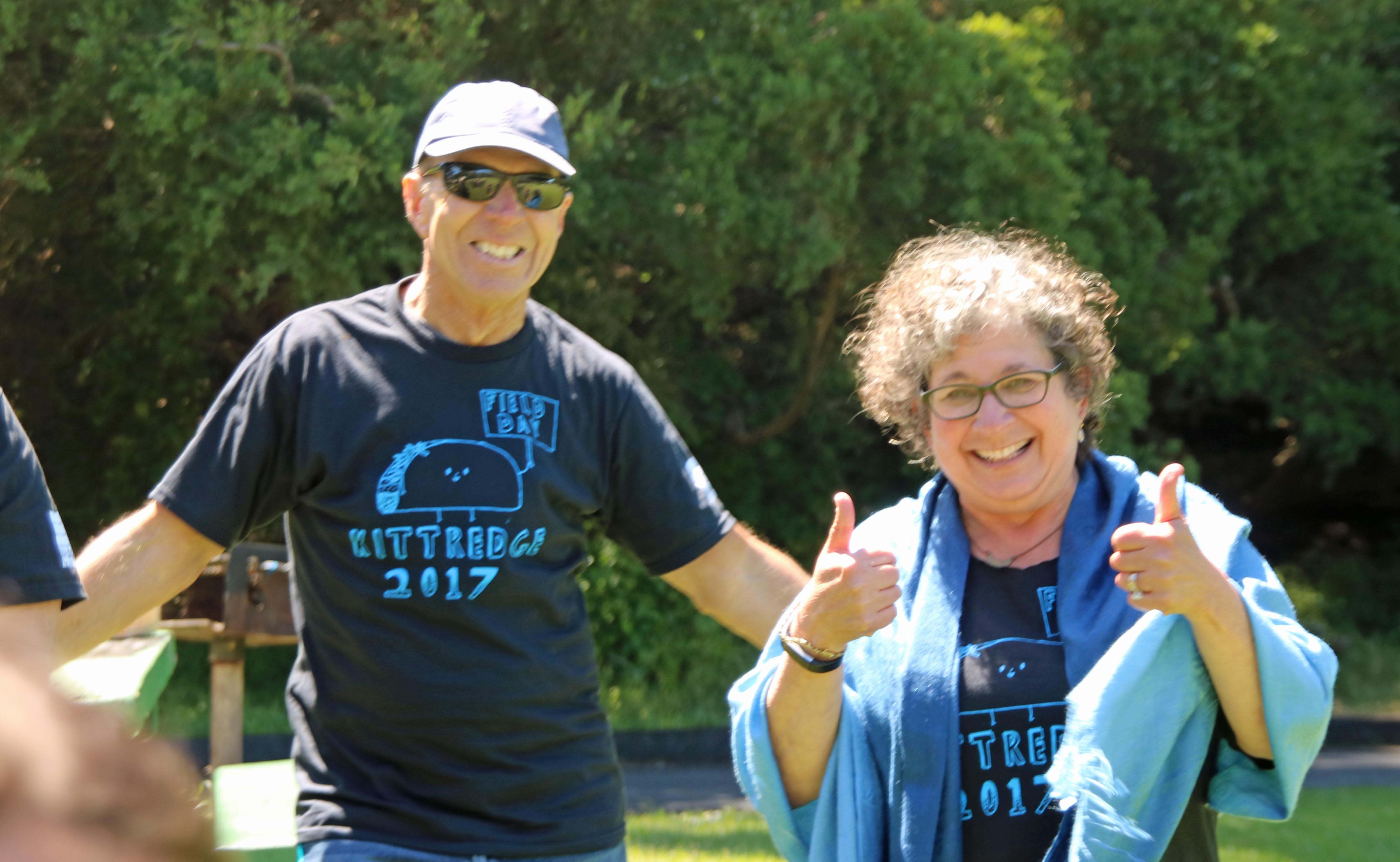 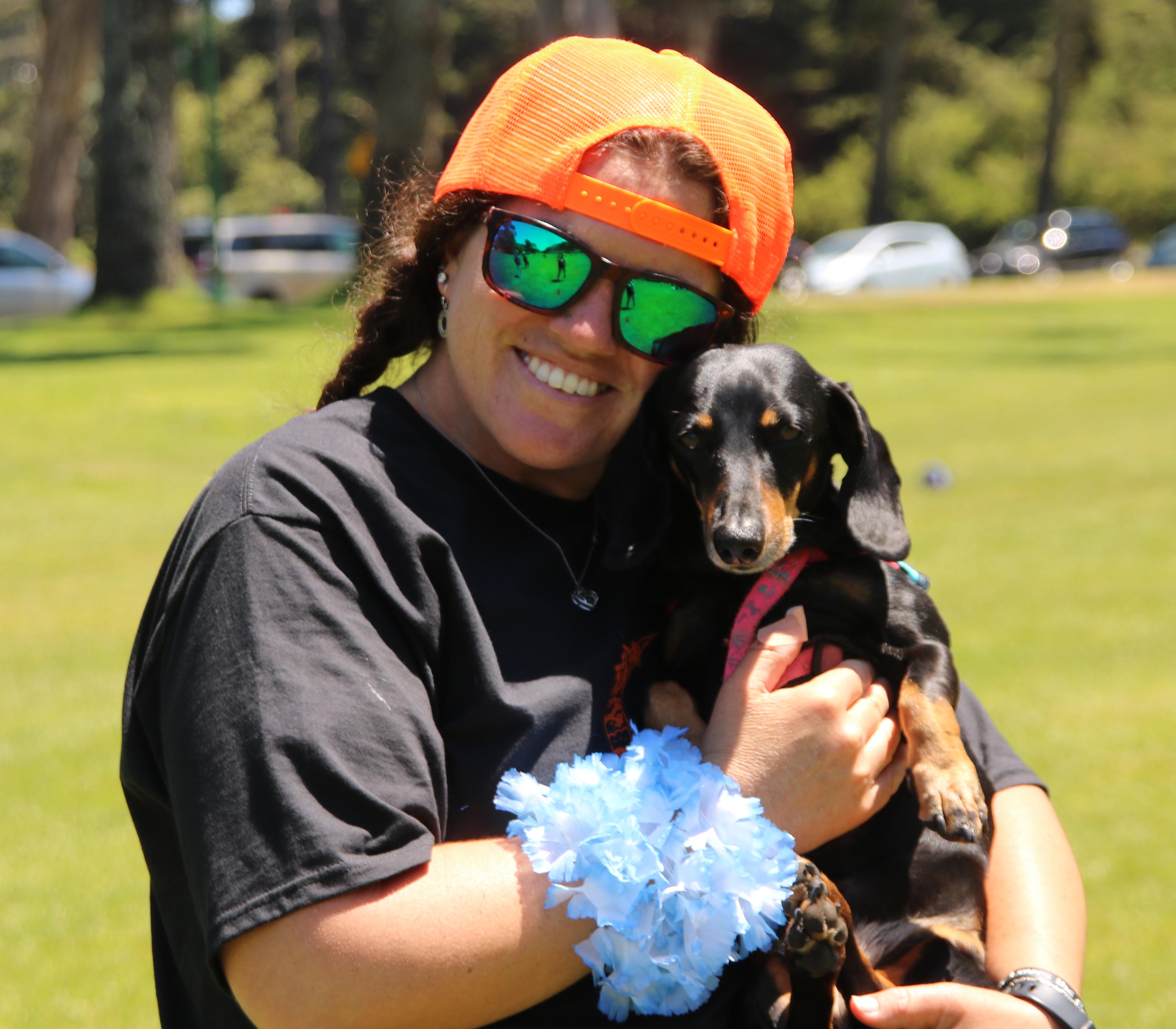 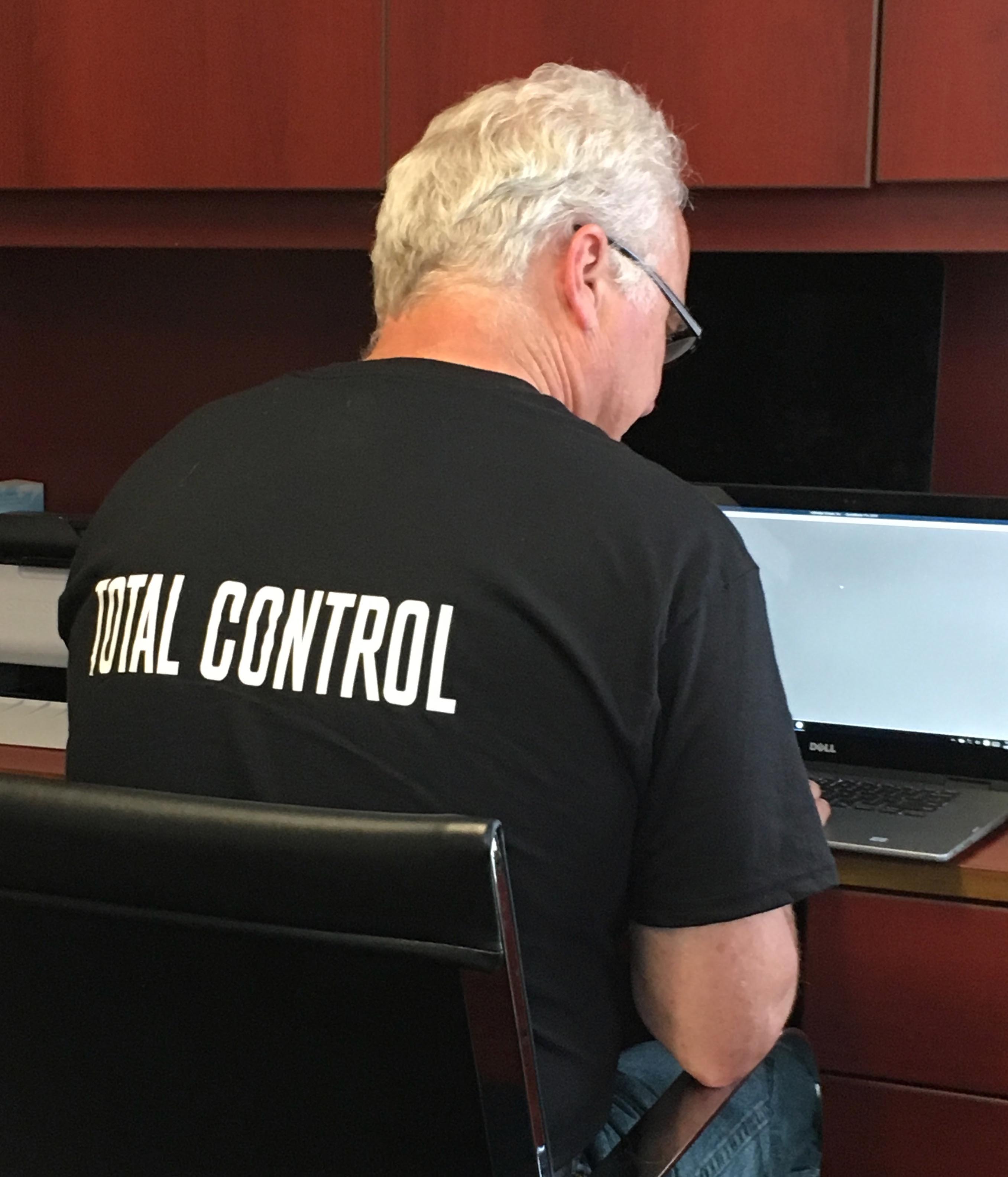